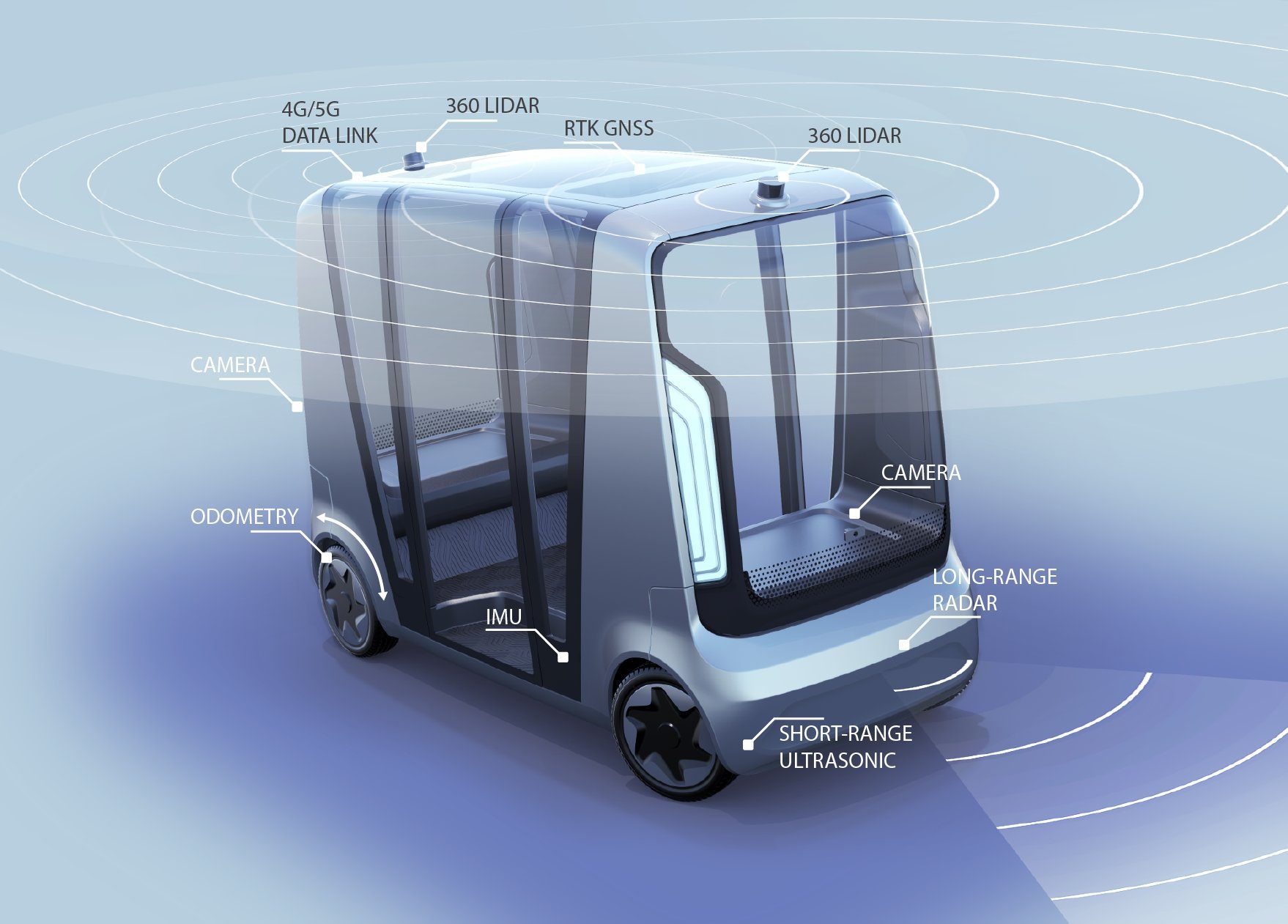 The project is about a full development of a Last Mile type vehicle in cooperation with a private company. As a result of the one-year development project, a self-driving car will be prepared, which will start driving in the campus of TTÜ in 2018. The vehicle is fully autonomous and is built on open source software solutions. The wider vision and objective of autonomous vehicle research and development is to present a small scale future city environment into university campus where autonomous vehicles are in the focus.

TalTech in cooperation with Silberauto and ABB has started to develop a self driving car in the middle of 2017. The first year of the project was divided into four main stages. As a result of the first phase an overview about similar projects was presented. Also, based on the research a sensorics hardware and software platforms for the ISEAUTO was provided. During the second stage a chosen hardware was tested and software was set up and developed to get initial results. At the end of the third stage, all sensorics was installed on the real car and initial tests were performed. Also, many existing car mechanical parts were rebuilt to add electronic driving functionality. During the last stage, an another iMiev car was modified and whole bus was built on top of the existing chassis. The bus does not have any manual driving tools like pedals and steering wheel. It is operating only by remote control or autonomously by following its predefined road that has been stored previously.

The purpose of project is to raise a know-how and share information created with the project with everyone interested. There are more than 20 students involved developing artificial intelligence software, controller electronics and embedded low level software. A lot of effort is being also put to the security, data protection and autonomous charging solution.

The project has got a lot of attention in press. Links to the press are available on ISEAUTO web page.